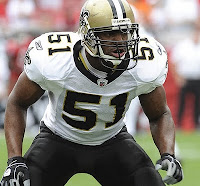 Traditional individual defensive stats don't tell us much. There are tackles, sacks, and turnovers, and that's pretty much it. Recently, I developed "Tackle Factor," a way to make better sense of tackle statistics, at least for the front-seven defenders. It's not perfect, but I think the consensus was that it's a step forward. Still, there's much more that can be done.

Offensive stats are straightforward, but objective defensive stats are problematic. When a running back picks up a 10-yard gain, although other teammates contributed, that's obviously a good play by the ball carrier. And when a running back stumbles at the line for no gain, that's obviously bad. But looking at the same two plays from the other side of the ball is much trickier. A strong safety, say Troy Polamalu, who makes the best play he can by preventing the runner getting past 10 yards, would be be debited for that 10 yard gain. The other four or five defenders who had a chance to make the play sooner, but didn't, aren't mentioned in the play description and wouldn't be docked for the play.

On the other hand, if Polamalu is playing run support, and he reads the play and stuffs the running back at the line, that's certainly to his credit. If only there were a way to credit each defender for plays like this, and at the same time ignore the plays that really should count against his teammates.

It might just be pretty simple. All we need to do is add up all the WPA (or EPA) for each play in which the WPA (or EPA) was positive.  "+WPA" and "+EPA" add up the value of every sack, interception, pass defense, forced fumble or recovery, and every tackle or assist that results in a setback for the offense.

What these stats measure is "playmaking" ability. When I watch the NFL Films shows, the sideline audio is usually filled with coaches urging on their players with an emphatic, "Go out there and make a play!" Simply stated, +WPA (and +EPA) puts a number on playmaking.

Think of a player like a corporation. Companies have revenue, which would be +WPA, and they have expenses, which would be -WPA. Revenue minus expenses tells us how much profit or loss a company has, which would be net WPA. Because of the Polamalu problem discussed above, we can't know a defender's expenses from the existing play data, but we can know much of his revenues, his +WPA.

Unlike a company, however, (as Wall Street sadly learned a couple years ago) a player's individual performance from play to play almost certainly follows a normal distribution. Virtually all aspects of human traits and performance are governed by a bell curve, from height to intelligence to athletic feats. There are many instances when a defender plays near his average level of performance, and there are fewer in which he plays either very well or very poorly. The distribution of an athlete's performance is roughly symmetric with respect to his own mean performance level. Nearly all sports statistics are based in some way on the normal distribution, and each player's performance on individual plays is unlikely to be an exception. And an above-average defender's WPA profile would look like this: There is likely to be a strong correlation between a defender's visible positive impact and his overall net impact. In other words, we should expect better defenders to tend to have both more positive plays and fewer negative plays. This is because of the symmetric nature of the distribution of human performance.

I'm not suggesting every player's performances conform precisely to a bell curve, and I'm not suggesting we can directly calculate the negative side of the curve. What I do claim is that knowing only part of the curve is not such a bad thing, and that measuring defensive players by only their positive impact could tell us far more than we might think.

Not every defender would have the same normal profile. As I mentioned above, there are the "gamblers," players who shoot gaps when they should be reading the play or cornerbacks who jump pass routes when they should stay in position. Certainly, +WPA and +EPA would be biased in favor of these types of players. But if their gambles were really hurting a team, I doubt they'd be given much slack and playing time by their coaches. Only 'winning' gamblers, who are taking smarter risks, would tend to survive long in the NFL.


And I doubt very seriously these players would have a drastically non-normal profile. Even the most reckless gambler can't roll the dice that often. His distribution may be flatter or more skewed than the typical player, with more plays with extreme outcomes, but his overall profile would likely still be roughly symmetric, with more average plays than outliers at either extreme. Although baseball is a very different sport, and player contribution can be measured much more precisely, the principles of athletic performance largely remain the same. And if these principles hold for WPA, they would be true for EPA as well.

Still not convinced? Here are the top cornerbacks: Darelle Revis (who else?), Dominic Rodgers-Cromartie, DeAngelo Hall, Charles Woodson, Asante Samuel, and Tracy Porter. Rhonde Barber and Champ Bailey are not far behind.

+WPA produced an impressive list of players. Just consider the Pro-Bowl appearances belonging to those players. (This might mean Pro Bowl selections ignore negative performance, just like +WPA does. Or it means +WPA is a pretty good stat for defenders. I think it's probably a little of both.)

At best, +WPA and +EPA only tell half the story. But if you read enough stories, halfway through you kind of know how they're going to end. The big point is that the performance we can't see and measure correlates tightly with the performance we can see and measure. We can invent all kinds of scenarios where these stats aren't going to be unfair to this player or that player. And the truth is no objective, quantitative football statistic will ever capture every individual contribution of a player, but +WPA and +EPA are a good start.